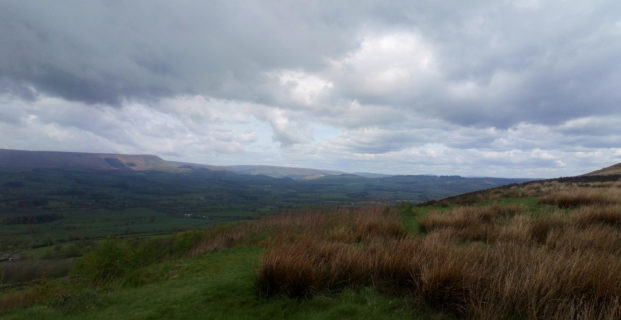 It’s difficult to avoid. The aristocracy still owns a third of Britain, with the Duke holding 140.000 acres, including a sizable chunk of Lancashire. It means that any self-respecting boy with a sense of adventure would find it difficult to venture out into the countryside without stepping on an aristocrat’s land; and my youth was spent looking out for, or being chased by gamekeepers and wardens for the crime of walking across fields, or in particular, fishing and canoeing in the rivers on my doorstep.

This continued into adulthood and I remember one particular occasion around thirty years ago, when having paddled upriver in my canoe I paused for a break in a pool of still water near the bank.

I looked up to see an irate man, who I assumed to be a gamekeeper, standing on the embankment a few metres away.

I’d had this all my life and responded sarcastically.

The riverbed and the bank are private property. You have no right to be here.
He concluded with, I shall be reporting you to the police.

He repeated that it was private property.

“Hang on a minute. Are you trying to tell me that this water, that’s fallen as rain in the Pennines and is on its way out to sea, is also yours?”

He pretty much implied it was.

I told him he was being ridiculous and leaving him seething on the bank turned and set off downstream, half expecting to find a policeman waiting for me when I landed.

Here’s the rub – unlike most property owners, a hereditary Duke or Lord literally does own everything above, below and passing through his land: a throwback to the Norman feudal system. To put it in perspective, my house in Blackburn is freehold, meaning that I own the land on which the house was built. But that ownership only applies to the surface area. Were a rich mineral seam to be discovered in my backyard I wouldn’t be allowed to keep it. The same rule doesn’t apply to our hereditary aristocrats, who for centuries have exploited the coal, lead, iron and copper seams on their estates to the benefit of themselves and their descendants.

The former Lord Grosvenor, Duke of Westminster, when asked what advice he could give to young entrepreneurs hoping to get along in life, replied, “Have an ancestor who was a close friend of William the Conqueror.” He wasn’t joking.

The Norman Conquest began in 1066 and continued over a period of twenty years. It involved the brutal subjugation of the native population whose lands were forfeit and the spoils divided between William and his mercenaries. Former owners became serfs to their new Norman masters as noted in the Domesday Book or Survey. Made to look like consensual transactions, the survey records the transfer of land and property from the legitimate Anglo-Saxon owners to their Norman overlords.

In the Middle Ages this kind of behavior wasn’t unusual. What’s remarkable, is that a thousand years on the descendants of those mercenaries, amounting to a handful of families, still own the land, continue to exploit it and are still restricting access; in effect hemming the majority population into congested pockets. These considerable estates are still privately owned, despite the majority of the monarch’s own formerly extensive land holdings and property, having been transferred to state ownership.

The poet William Blake and notably Thomas Paine tried to readdress the balance, with Paine arguing for the disinherited populace to be compensated for their loss of land and opportunity. Needless to say, Paine was forced into exile and tried for treason in absentia. The issue doesn’t get debated in Parliament and to this day a tiny percentage of the male population continue to inherit vast tracts of land by virtue of their birthright. It’s telling that there has only ever been one Domesday Survey…

In recent times, various open countryside campaigns have pressured larger landowners into allowing for limited public access in the form of footpaths and picnic areas within their estates. Some, having realised there’s more money to be had with two legged creatures roaming the grounds than four legged ones, have embraced it wholeheartedly, with entrance fees and pay-and-display machines. Handing over your hard-earned cash to wander round your own countryside, now that’s quite something.

As a child, the Ribble Valley and the Forest of Bowland were in effect my back garden – a place away from the town where we could breathe and be free, albeit never truly liberated. The wardens and gamekeepers saw to that.

This is the ground we walk on, the spaces we inhabit; and while I’m not advocating stripping the young Duke, or anyone else for that matter, of their lands and titles, equally, those lands shouldn’t be solely the preserve of a privileged few to appreciate and enjoy.

Besides, we live in the 21st century and the idea that a first-born male heir can inherit huge swathes of Britain by virtue of his ancestor being mates with William the Conqueror, is quite frankly absurd.

Next month: The Beggar’s Banquet