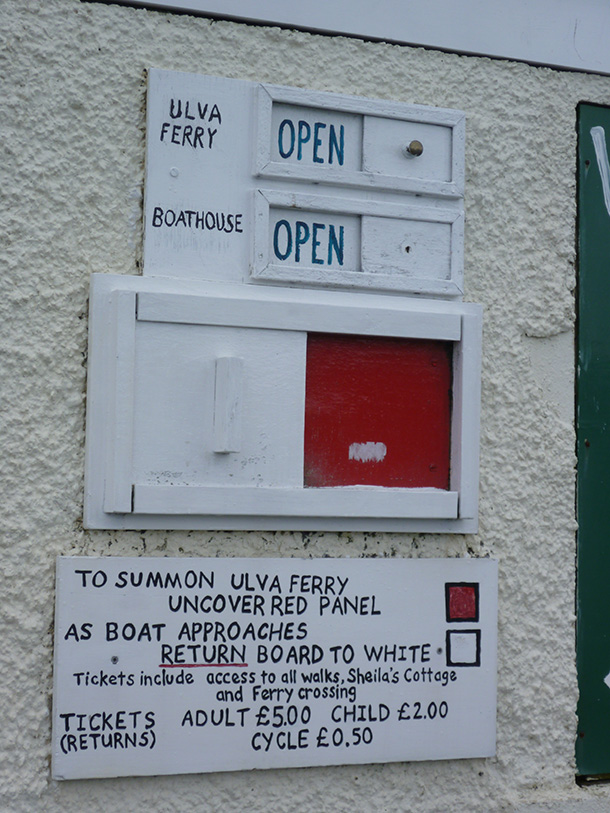 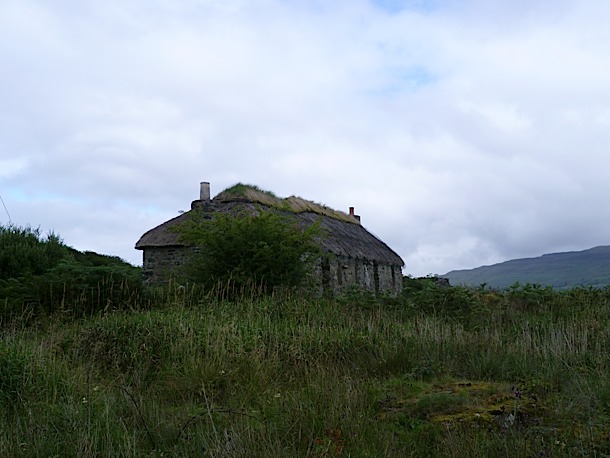 Annalie Talent studied literature, writes poetry and works on the education programmes at the Ashmolean and Jane Austen’s house at Chawton. Her interests are eighteenth/early nineteenth century paintings and ceramics and photographing wildlife (mainly sheep). We’ve holidayed together many times and some time ago took a short boat journey from Mull to the Isle of Ulva on Scotland’s west coast to go on one of the islands celebrated wildlife walks.

In the early nineteenth century the island’s population numbered around eight hundred and its notable visitors included Boswell and Johnson, Walter Scott, the Wordsworths and John Keats, but over the last two hundred years ‘clearances’ and economic difficulties have reduced the population to just sixteen, making it a haven for sea eagles and other large raptors. But I couldn’t get passed Cairistiona’s Rock.

Cairistiona came from a family of kelp harvesters and was the eldest of three girls. One day a hunk of cheese went missing from the family larder: she accused her younger sibling of the theft and after tying a plaid around her neck, dangled her from the cliff to extract a confession; but the plaid slipped and she fell to her death. Horrified by what she’d done and filled with remorse she went back to the village and told them what had happened. The elders convened, accused her of murder and condemned her to death.  She was bound and sewn into a sack then taken out and placed on a rock at low water. The villagers looked on as she was left to drown on the incoming tide.

Lord Byron witnessed a similar incident in Athens when he came across a procession returning from the harbour with a drowned girl in a sack; slung from a pole and being carried by two men at the head of the group. She was a young Muslim girl who’d been accused of infidelity, which he later alluded to in his poem The Giaour.

No – reft of all, yet undismayed

But for the thought of Leila slain,

Give me the pleasure with the pain,

So would I live and love again.

I grieve, but not, my holy guide!

For him who dies, but her who died:

She sleeps beneath the wandering wave

Ah! had she but an earthly grave,

This breaking heart and throbbing head

She was a form of life and light,

That, seen, became a part of sight;

And rose, where’er I turned mine eye,

The morning-star of memory!

Ulva is a beautiful island and we spent a good half-day walking the coastal paths along the basalt cliffs, but try as I might I couldn’t shake the image of Cairistiona from my mind. I kept seeing her, abandoned on the rock watching the tide and silent villagers through the hessien sack.

As for the wildlife: I can record seeing three slugs, two cabbage whites, a common gull and two ticks – discovered later…

Put 6oz butter, 6oz soft brown sugar and 3 tablespoons of golden syrup in a pan and heat gently.  When the butter has melted, remove from the heat and stir in 8oz porridge oats (you can stir in some chocolate chips as well if you like).

Turn mixture into a greased tin and bake for 15 minutes at 180c or gas mark 4 (don’t overcook it; flapjack should be soft and chewy).   Leave to cool, then cut into squares.

If taking on a picnic, wrap in foil.   Beware of ticks when eating out and about; they won’t attack your flapjack, but they will attack you.

If you don’t have any weighing scales, use about ¾ packet butter, a cup of sugar and 3 cups of oats.

Next week: A Right Royal Bird