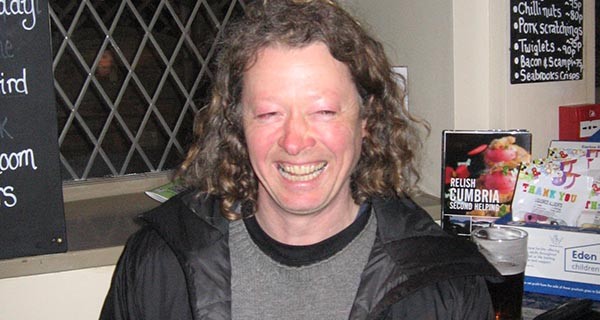 “In Search of the Golden Eagle” with Mountain Man

Stewart Reekie, (mountain man) is a dry stone waller, a climber and keen bird watcher. Most of his days are spent out on the fells and it’s fair to say he knows these mountains better than most: so when he offered to show me England’s last remaining wild golden eagle it was an opportunity not to be missed.

Haweswater reservoir was built during the Great Depression of  the 1930s.It forms a great tongue of black water, ringed by mountains and is one of the Lake District’s most isolated places. The village of Mardale with its church and graveyard; pubs, shops and streets lie submerged beneath the lake and driving alongside you can’t help feeling there’s something missing: it’s as though the ghosts of times past are willing their presence known to the traveller.

The only road running into the valley comes to an abrupt end at the head of the lake. Here we pulled in and began making our way on foot along the beck and up the fellside. Walking with Stewart is like going for a walk with a mountain goat: foot-sure and agile he rarely breaks step and his breath, unlike mine, was never laboured: he traverses the steepest slopes with the ease of a man walking down to the shops. I let him go on ahead catching up with him at a small tarn called Bleawater, where I proceeded to cough up half an ounce of Golden Virginia while he sat around eating candied ginger. Blea translates as grey: here the mountain’s dark shadow prevents the sky ever mirroring itself in the water, which was black and still with a thin film of ice partially covering its surface. Once rested we continued up to Riggindale Straits emerging above the eyrie: the eagle’s nest.

Stewart spotted him perched on a ledge on the facing cliff: solitary and majestic, the last of his kind, in this loneliest of outposts I couldn’t help feeling a tinge of sadness that a bird that features so predominantly in our culture both in symbolism and art could have been reduced to just one.

He feeds mainly on carrion: red deer and crag-fast sheep that become trapped and die on the ledges provide a plentiful supply of food, but for nine years he’s been alone. Each year he builds an eyrie and takes to the sky circling and calling for a mate: but it’s a ghost dance; he is the last of his kind and short of the authorities introducing a female, which they seem reluctant to do, his line will die with him.

The wind stilled when the sun went down and the only sound was the throaty clack, clack of the ravens as we made our way off the ridge and walked down the valley. Stewart went on ahead but I didn’t mind: I was preoccupied. When we got back to the car I asked him.

‘How much is a golden eagle?’

Milk (third of a pint)

Next week: Cairistiona’s Rock and Wildlife on Ulva